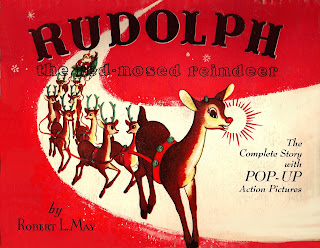 A bit of seasonal cheer on Past Print.  The story was written by Robert May for Montgomery Ward and given away in their stores during the 1939 holiday season. This pop-up Rudolph was published in 1939 by Adprint in London in conjunction with Maxton books in New York.  I think the 1939 Maxton version was just an illustrated book, they published the pop-up one in 1950.  The story still seems to be a children’s favorite, probably because the song is always played at Christmas.
I had the book when I was small and surprisingly it doesn’t show much wear even though it must have been looked through dozens of times over the years.  Now my grandchildren are frequent page-turners at Christmas time.
The illustrations by Marion Guild have a lovely warm appeal just like the words.  I always thought the addition of the plane, on the second pop-up, gave the story a contemporary feel of the times back then.  Her pop-ups are fairly basic but cleverly worked out though nothing like the intricacies of Robert Sabuda’s best Christmas pop-up books from the last decade.  I think his best was A winter's tale (ISBN 978-0689853630) full of amazing paper engineering and on the last spread the use of colored LED lights. 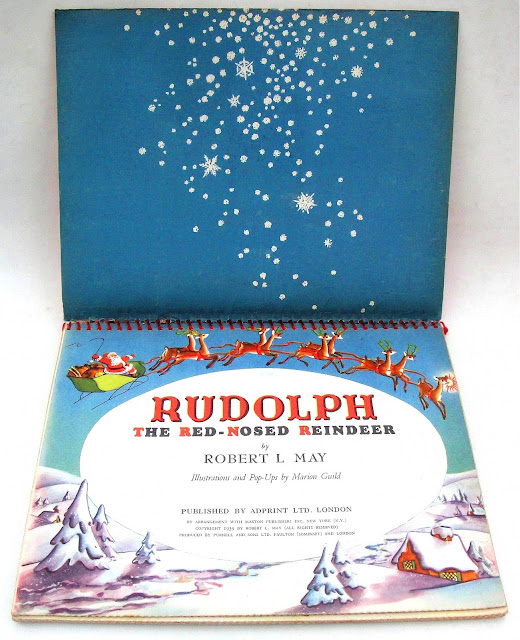 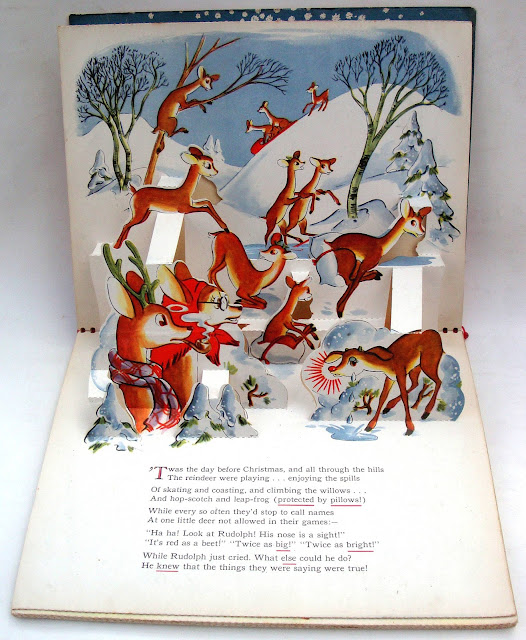 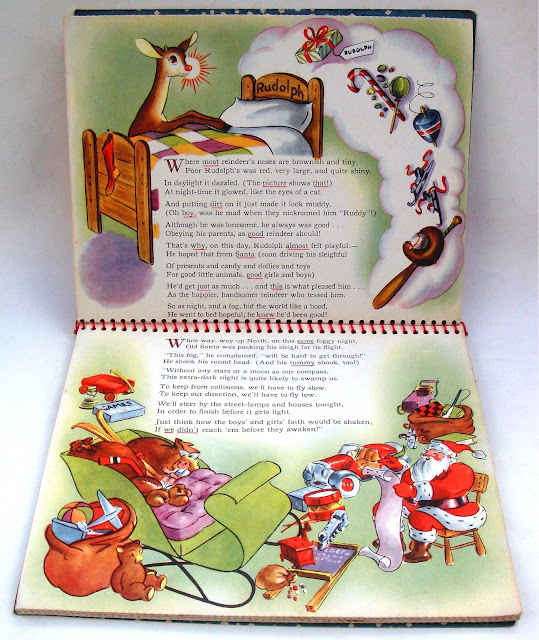 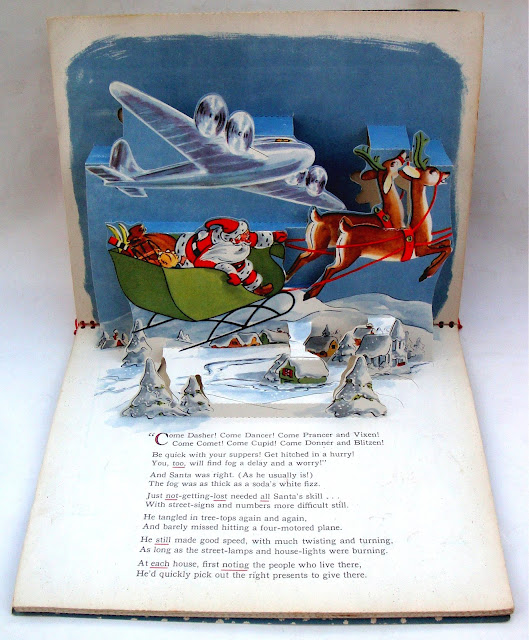 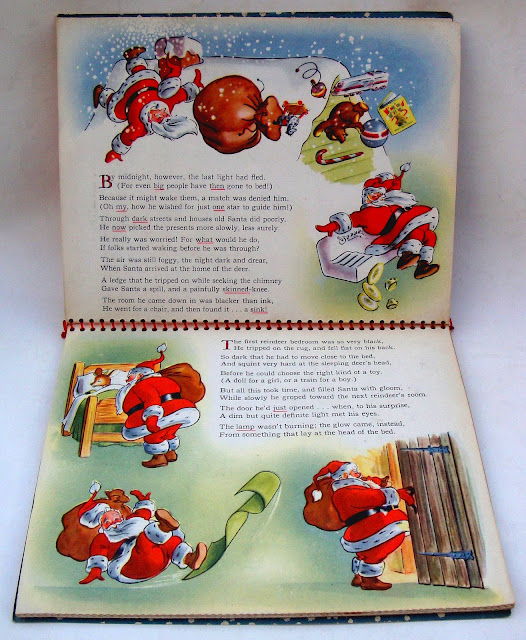 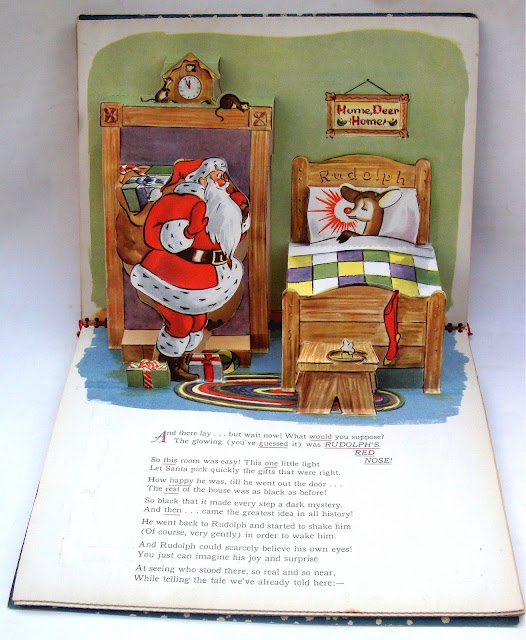 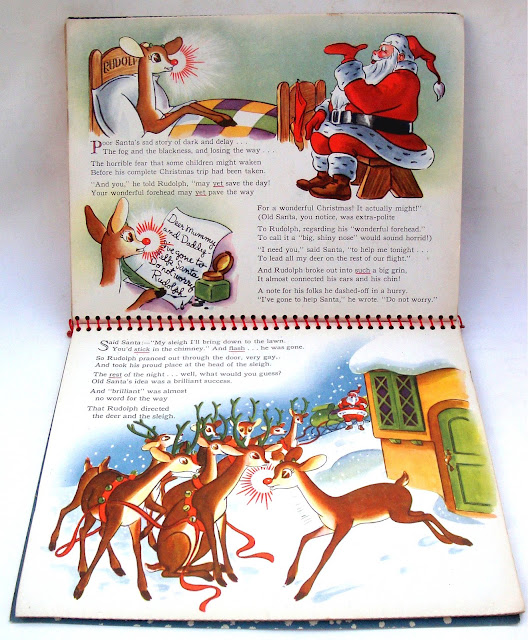 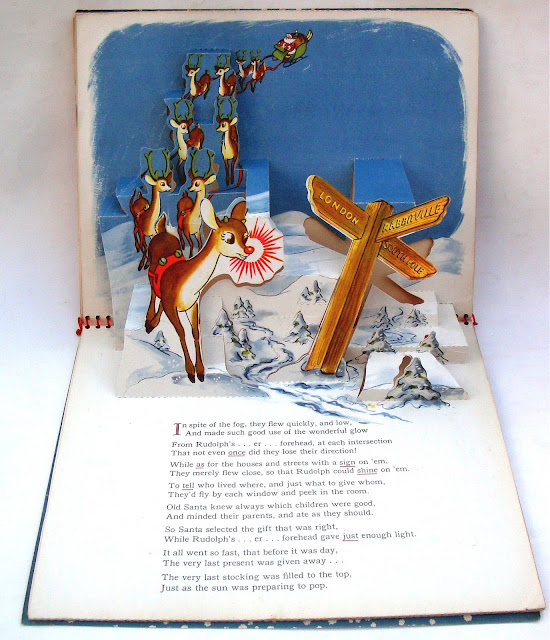 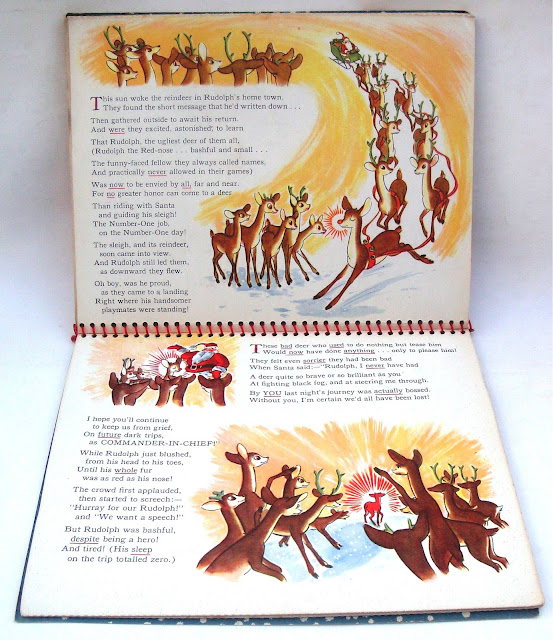 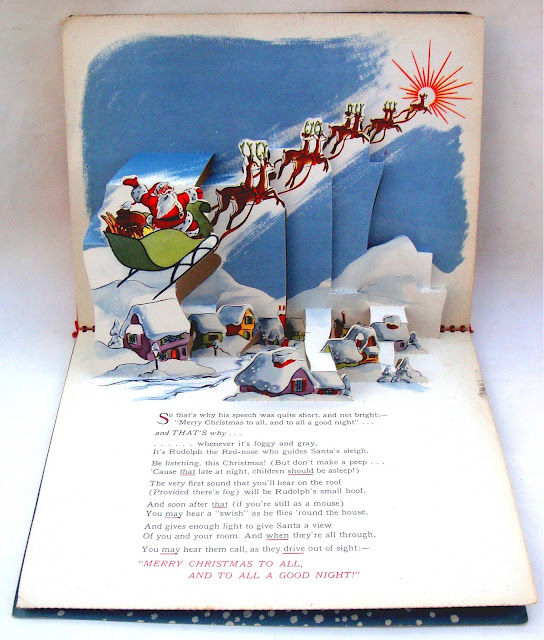 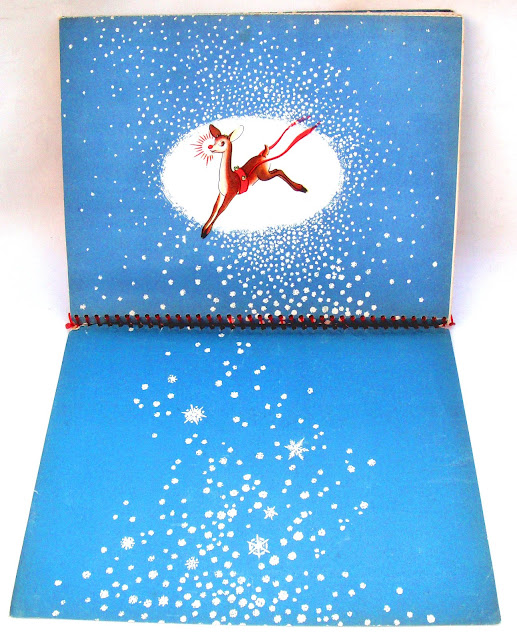 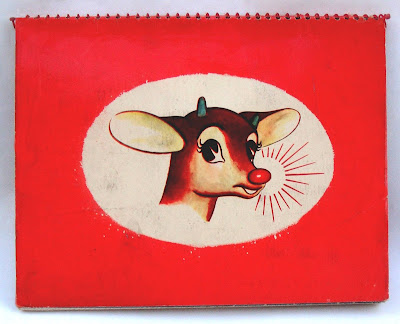 Posted by Robin at 4:45 AM
Email ThisBlogThis!Share to TwitterShare to FacebookShare to Pinterest