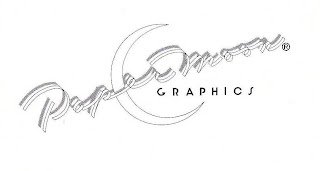 Paper Moon Graphics was a Los Angeles based greetings card and stationary company started in 1977.  What set them apart from other companies was their creative use of several young airbrush artists who had made LA the center of a bright and breezy illustrative style.
During the seventies and into the eighties their airbrush work was everywhere.  You couldn’t pick up a consumer magazine without seeing an airbrush illustration used for an editorial article.  These Paper Moon Christmas cards (6.75 by 4.6 inches) were published between 1977 and 1981 and show off the talents of the following artists: Terry Lamb, Dave McMacken, Dave Willardson, Roger Bergendorff, Pam Wall, Alan Hashimoto, Pat Bailey, Jim Evans, Don Ivan Punchatz, Peter Palombi, Julie Peterson, Denis Mukai, Bob Rodriguez, Kim Whitesides, Deborah Ross.
Though they are not that old I think they have a lovely period feel that contemporary digital work doesn’t really capture. 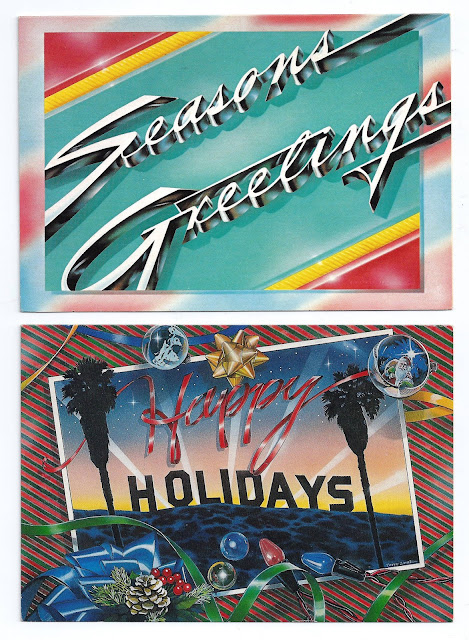 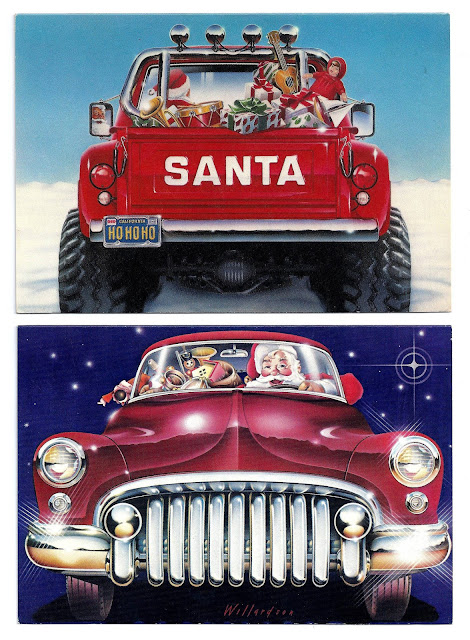 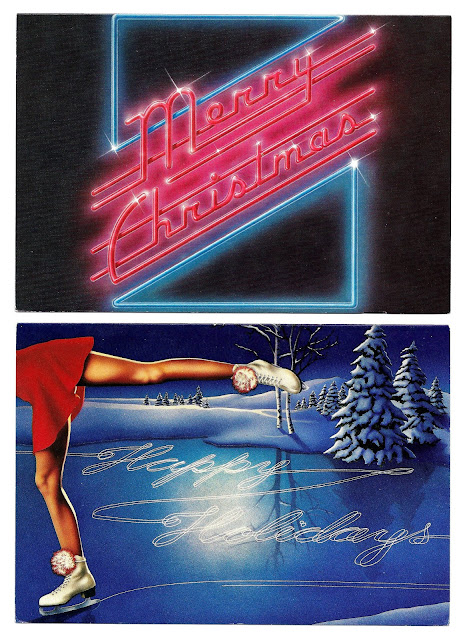 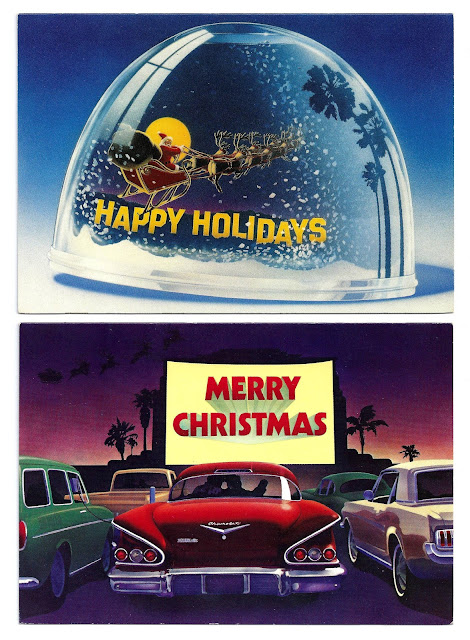 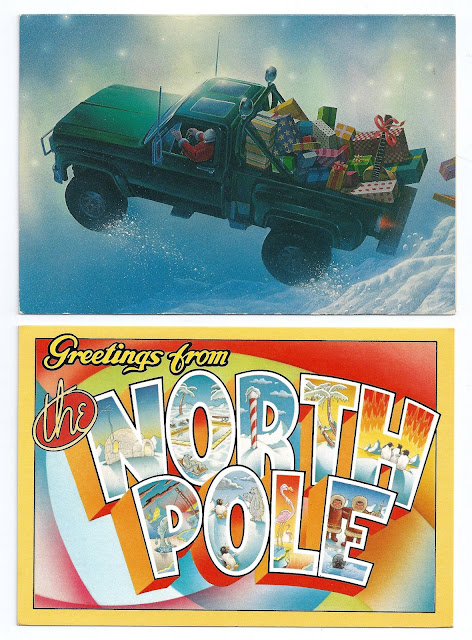 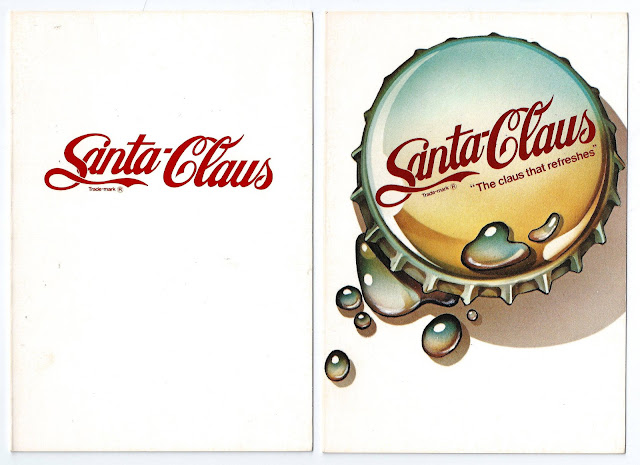 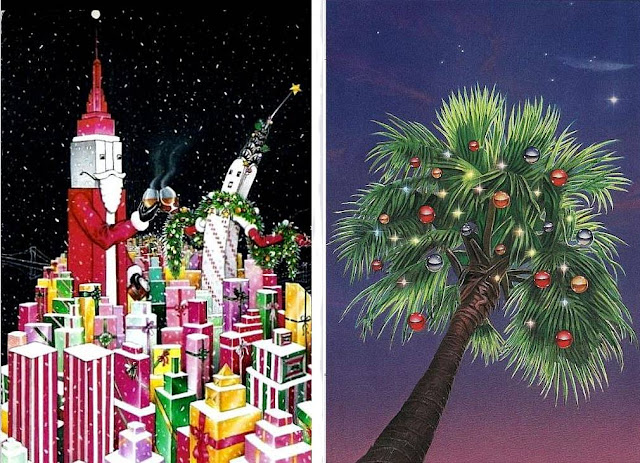 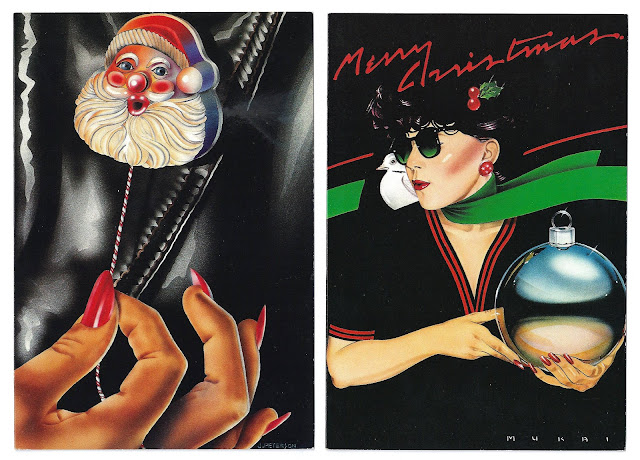 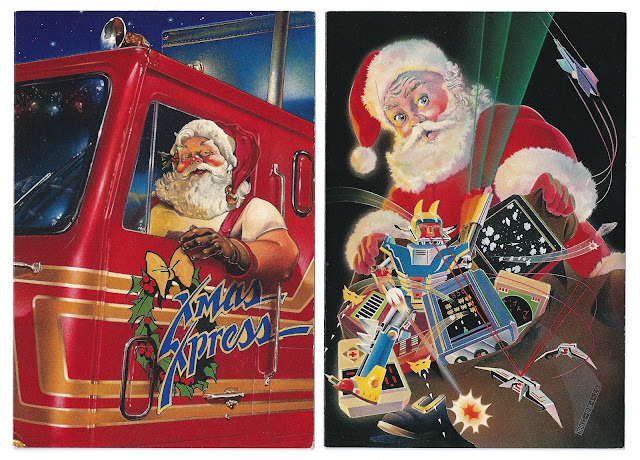 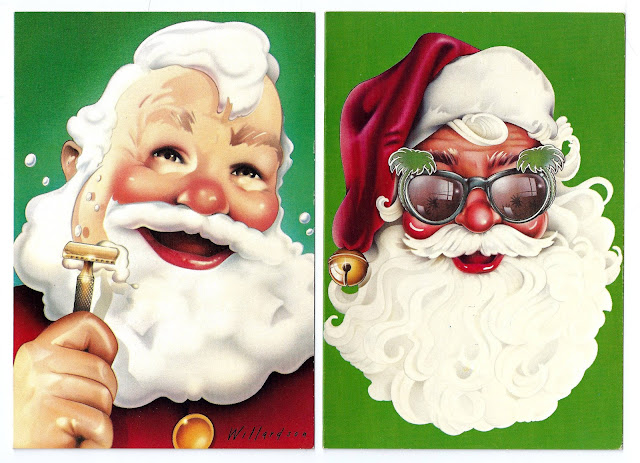 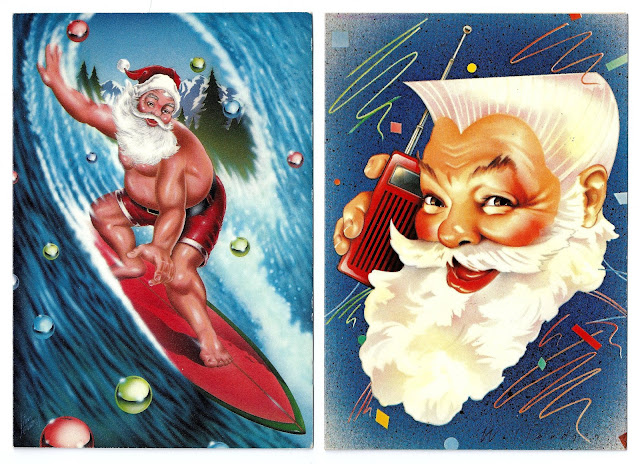 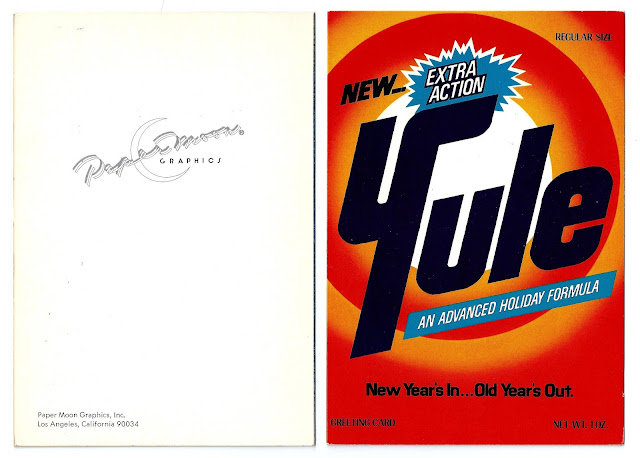 All illustrations copyright Paper Moon Graphics.
Posted by Robin at 9:52 AM
Email ThisBlogThis!Share to TwitterShare to FacebookShare to Pinterest