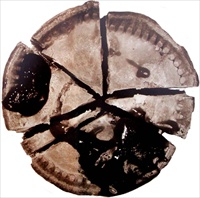 I’ve never been quite sure whether TGIF Investments Limited (is that Thank Goodness It’s Friday Investments?) was a real company or not. This Annual Report is sufficiently offbeat to make anyone think it might be a cunning ruse, a bit of design froth for the amusement of media folk but look at the names on the inside front cover and you’ll see that well known outfits are there to look after the TGIF investor. Probably there were too few investors to be concerned about the Report’s unorthodox presentation, the Fund had less than a HK$ million.
The reason I kept the Report was because of the Sauce (and Application) of Funds photo on the last spread. Possibly the first and last time a real pie has been used as a pie chart and it works beautifully. Also have a read of the Chairman’s Message and study the photo. Page three has a period photo of a crowded meeting with this caption: A spirited discussion amongst the Company’s creditors at the last Annual General Meeting, following upon the previous Chairman’s cogent defense of the Board’s Canadian Land utilization policies.
The whole Report is very reminiscent of Frank Schulwolf’s wonderfully exuberant 1975 Orange Bowl Corporation Annual Report (see it in September 2011 archive) that used historical movie stills for the illustrations. 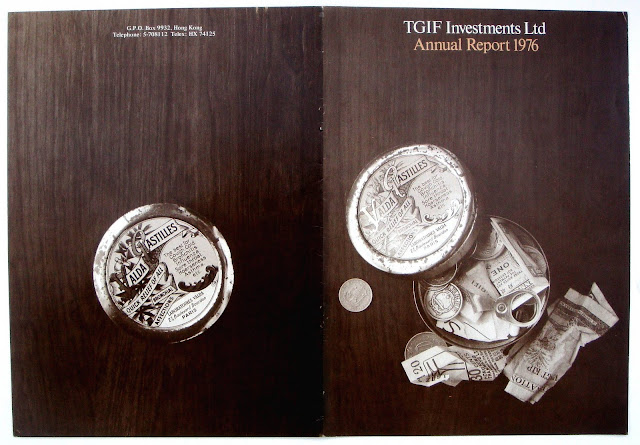 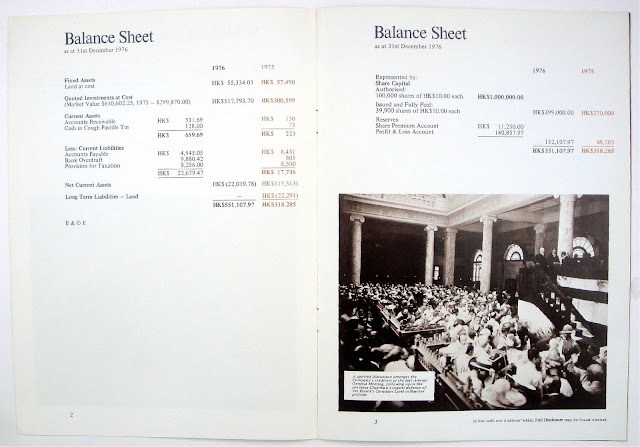 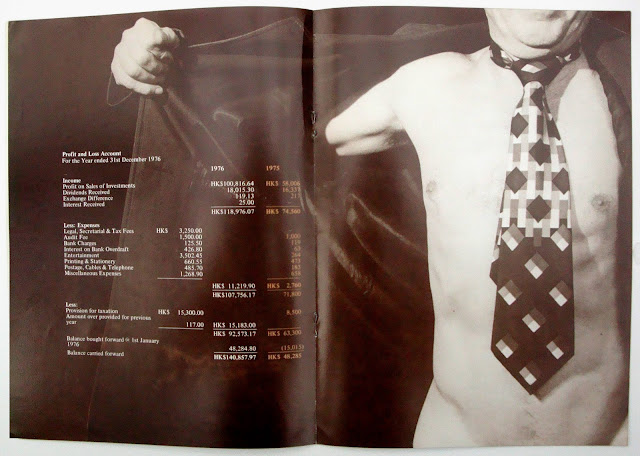 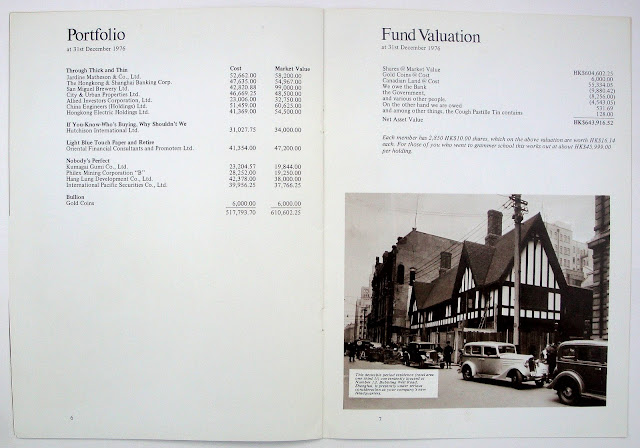 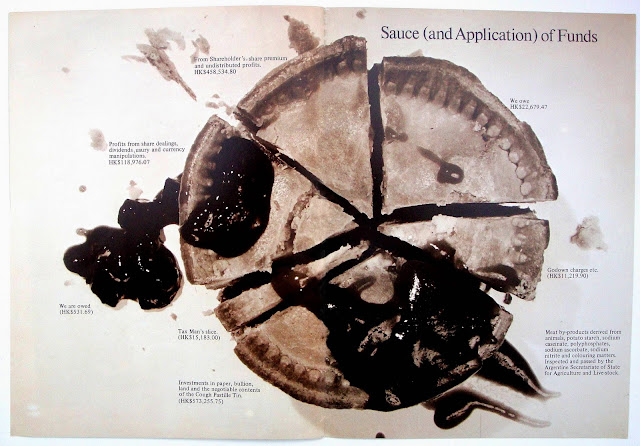 Posted by Robin at 6:49 AM No comments:
Email ThisBlogThis!Share to TwitterShare to FacebookShare to Pinterest

The Philadelphia Electric Company ad agency made a wise choice in 1960/61 in using Carl Evers to create these stunning city and industrial landscapes for a marketing campaign. The ads seemed to be more corporate rather than hard sell because the company used illustrations for many years from the mid-fifties.
I particularly remember several ads in the Saturday Evening Post, each one had three wide paintings showing various aspects of city life (two of the ads are shown above) and I was always amazed at the amount of detail they included. Other ads used one square painting frequently with a bird’s-eye view of a part of the city. Evers was known as a maritime painter who had the knack of capturing very realistic sea and waves so he seemed the obvious choice for these cityscapes crammed with detail. His dock scenes work really well.
I don’t know how many paintings Evers created for the PEC but years later I still think these are wonderful works of art and I’ve always wondered where they are now. 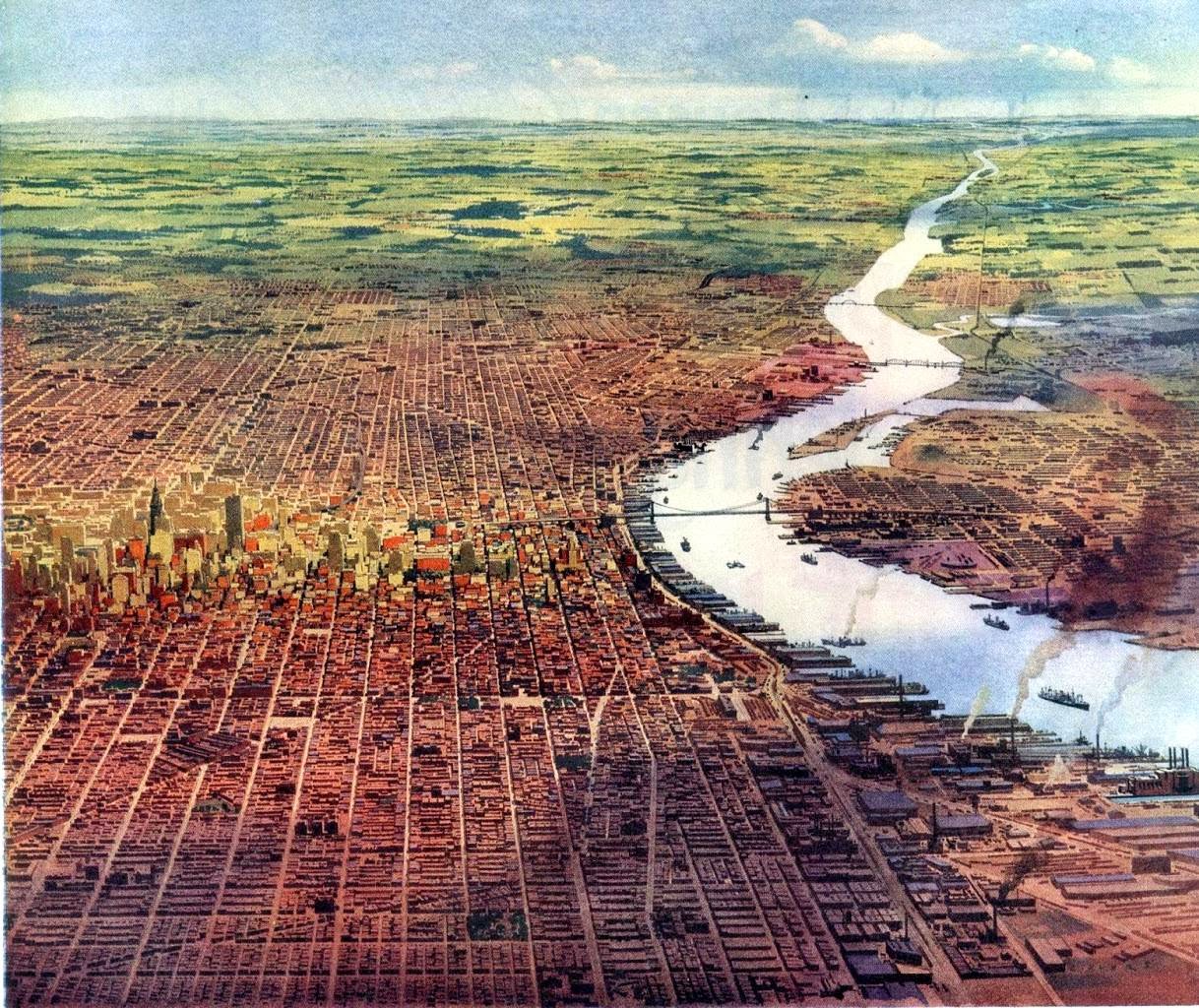 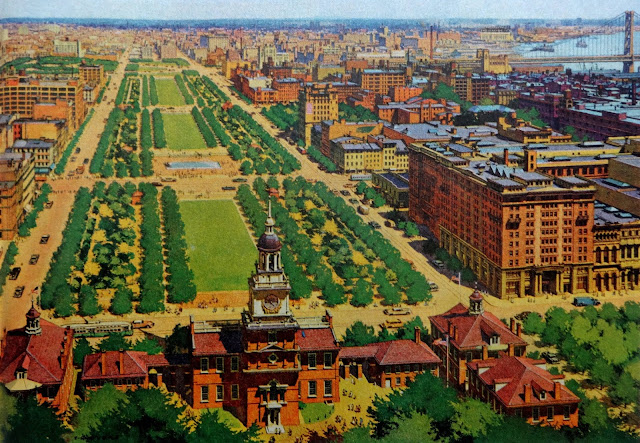 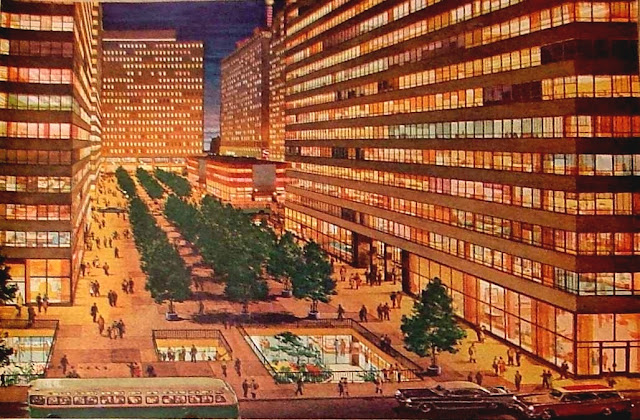 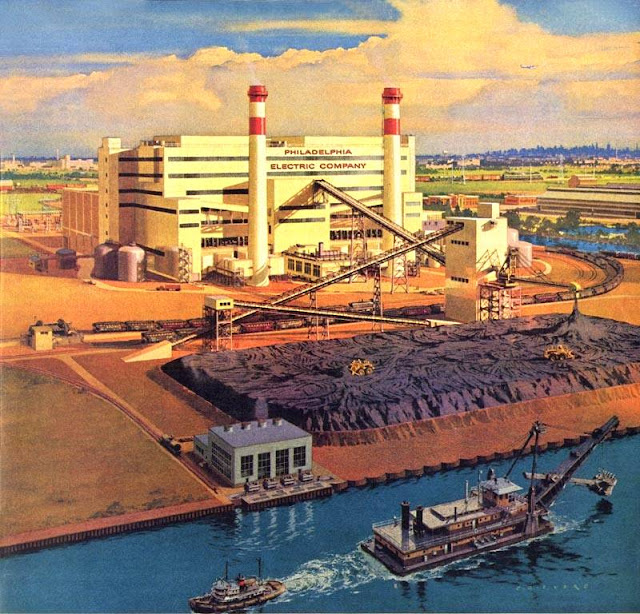 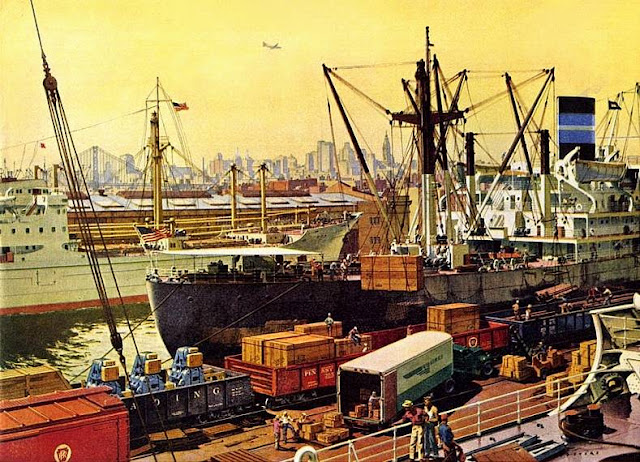 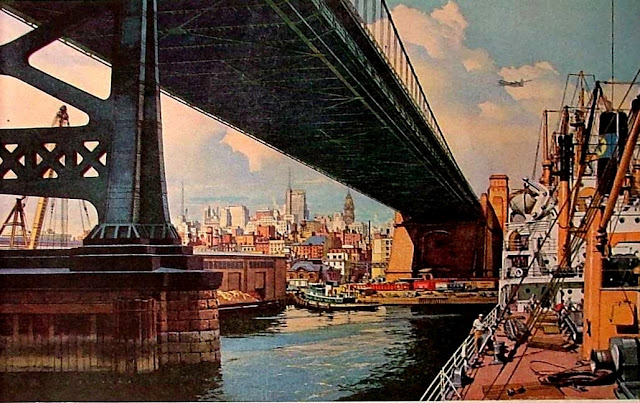 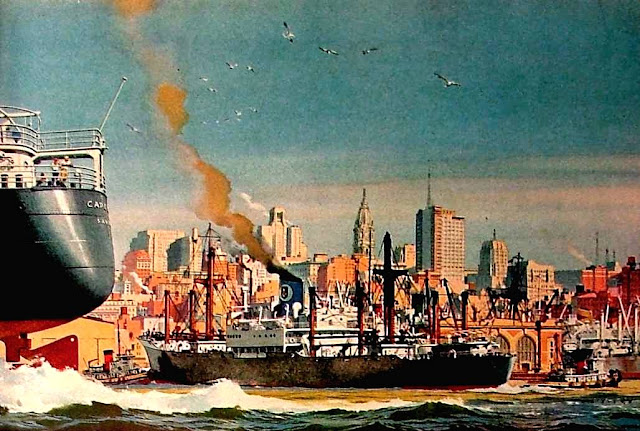 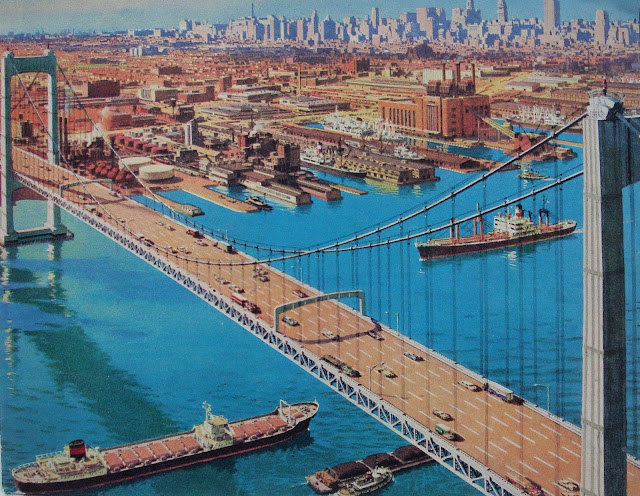 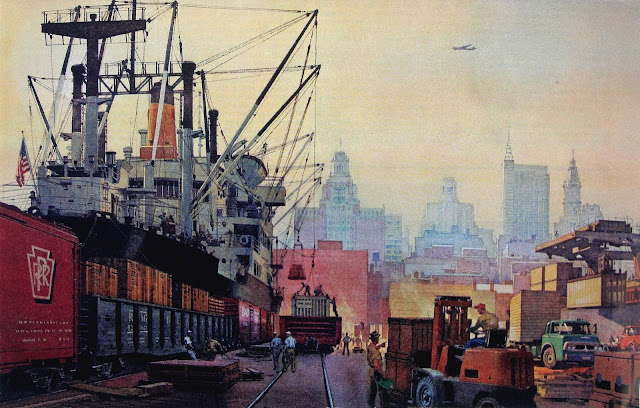 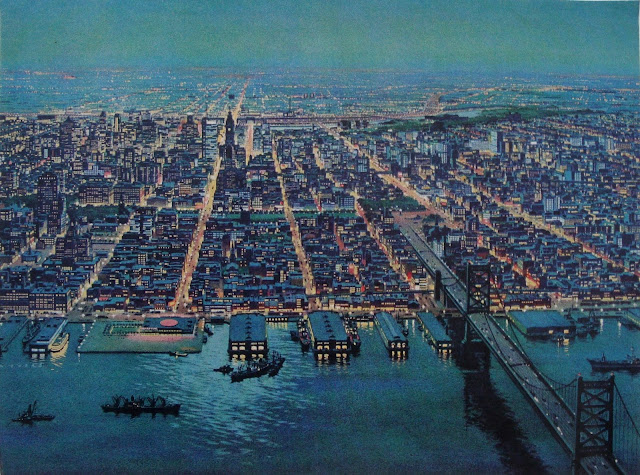 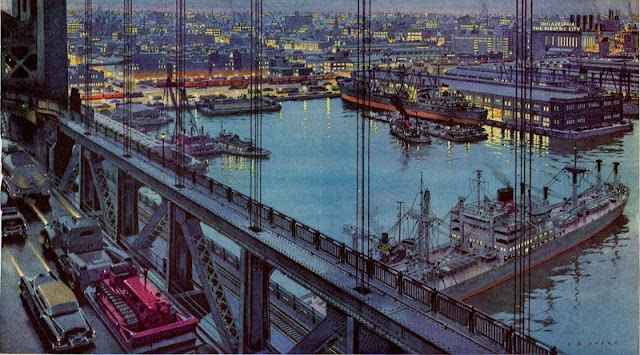 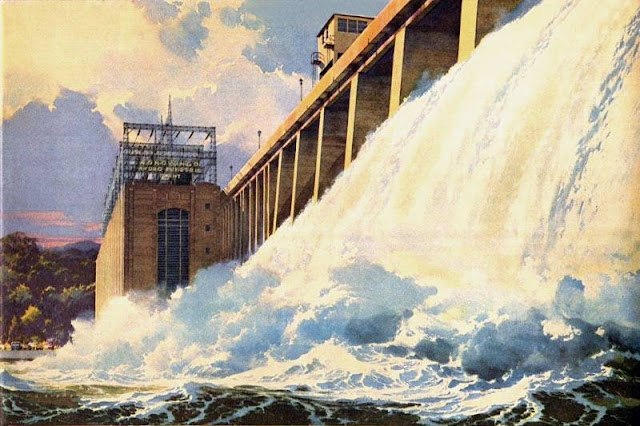 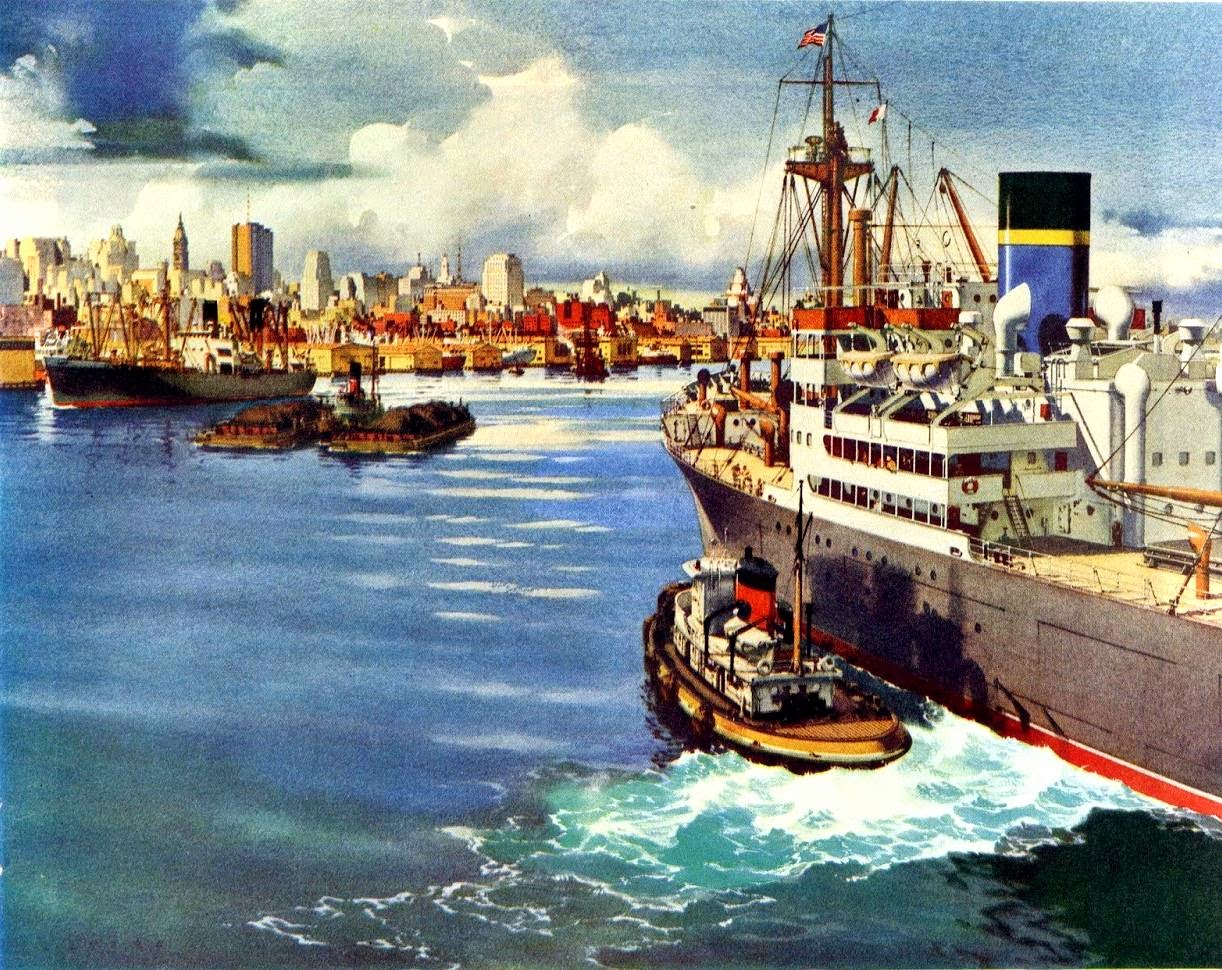 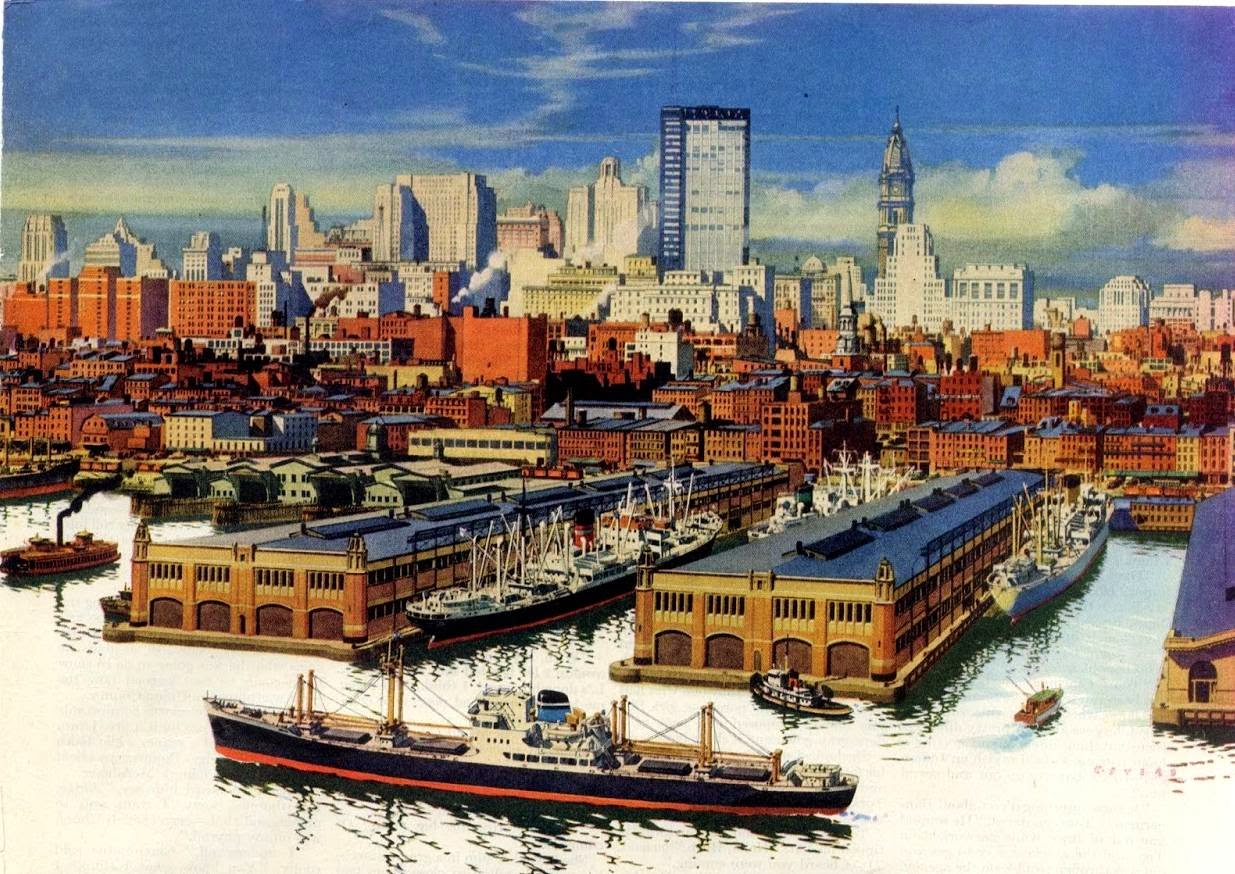 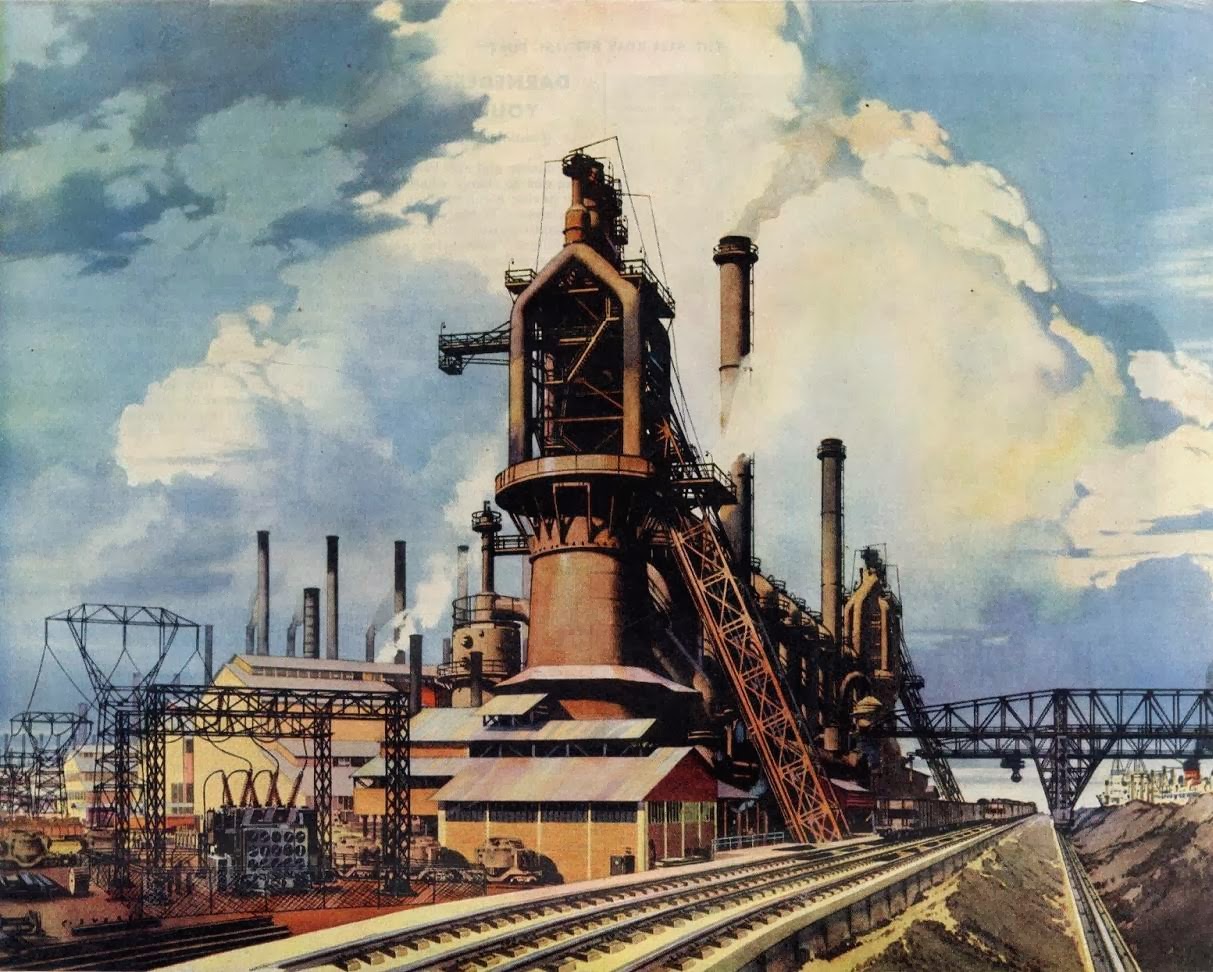 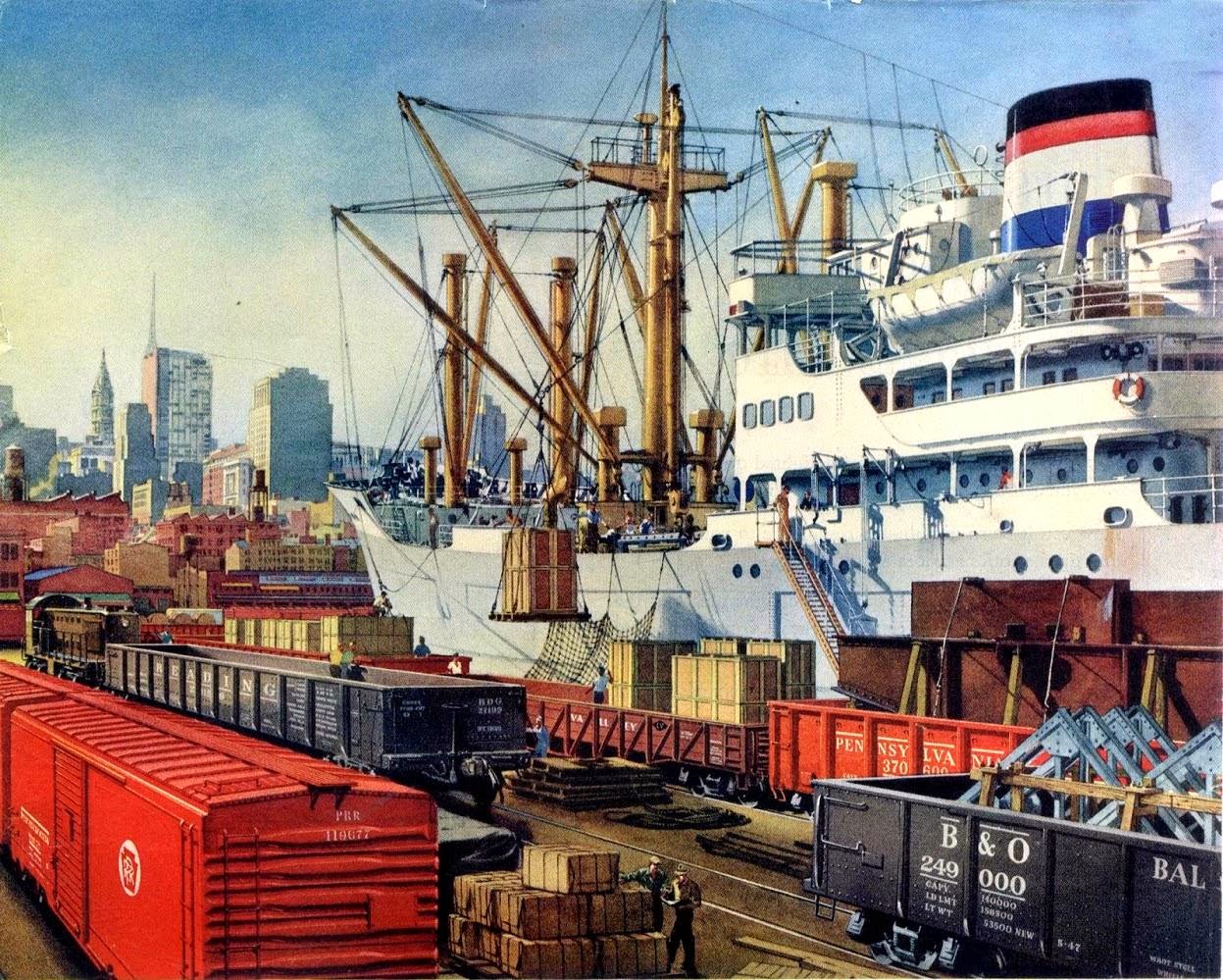 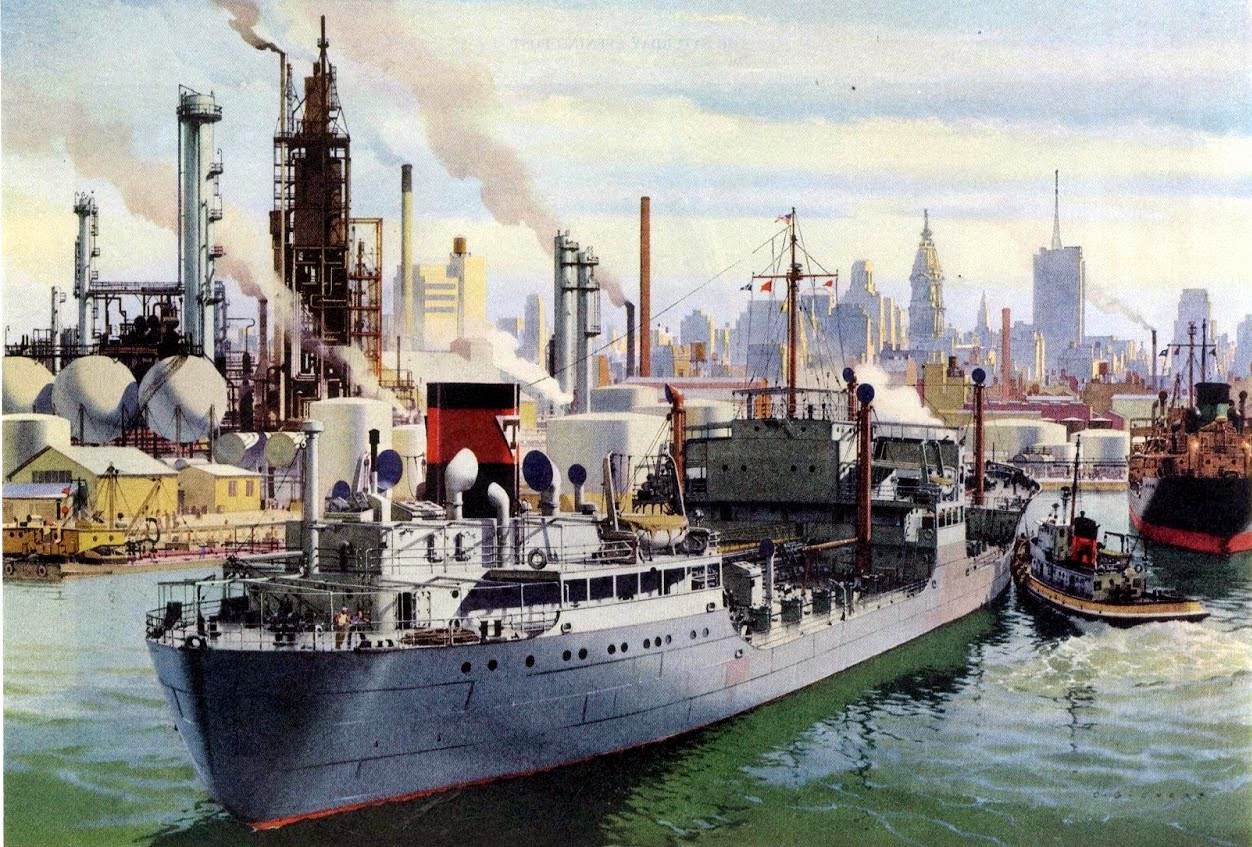 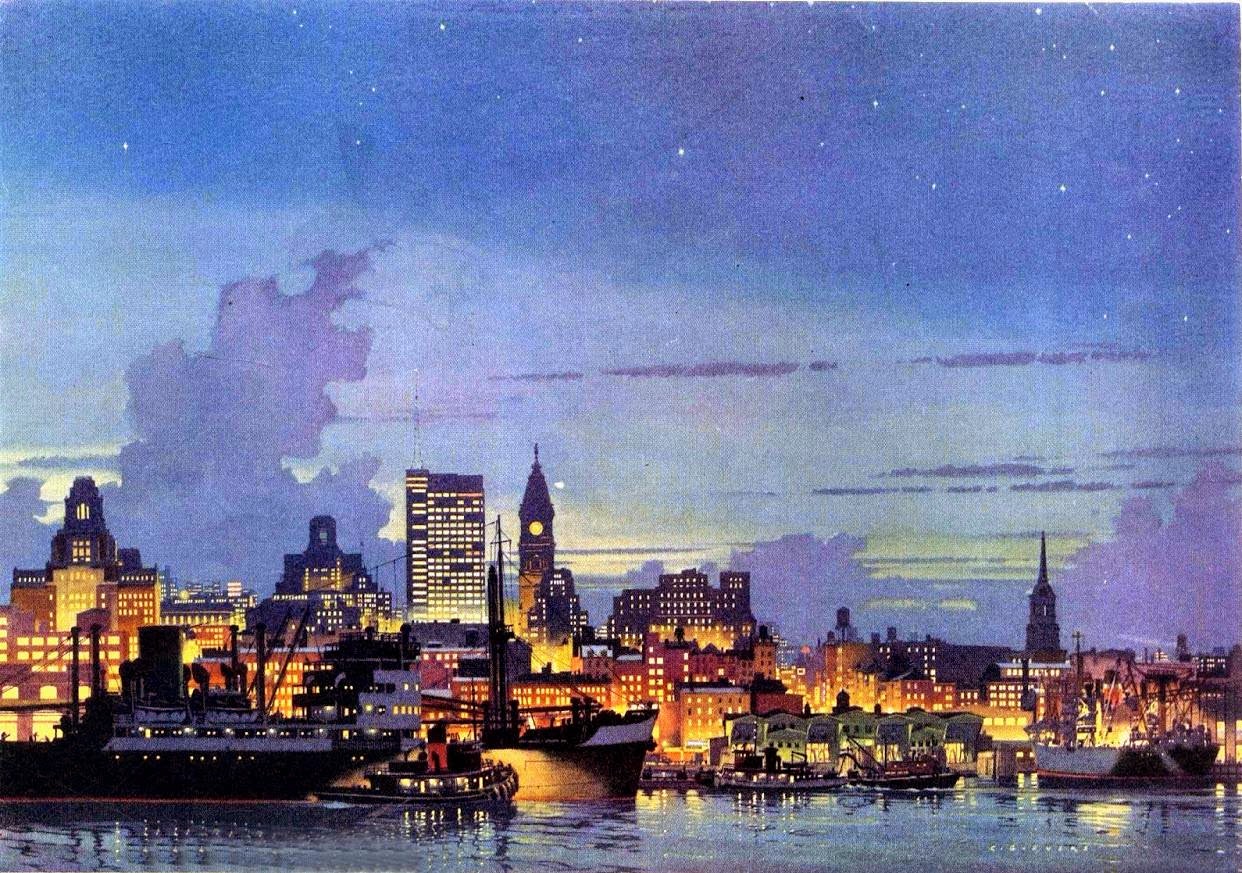 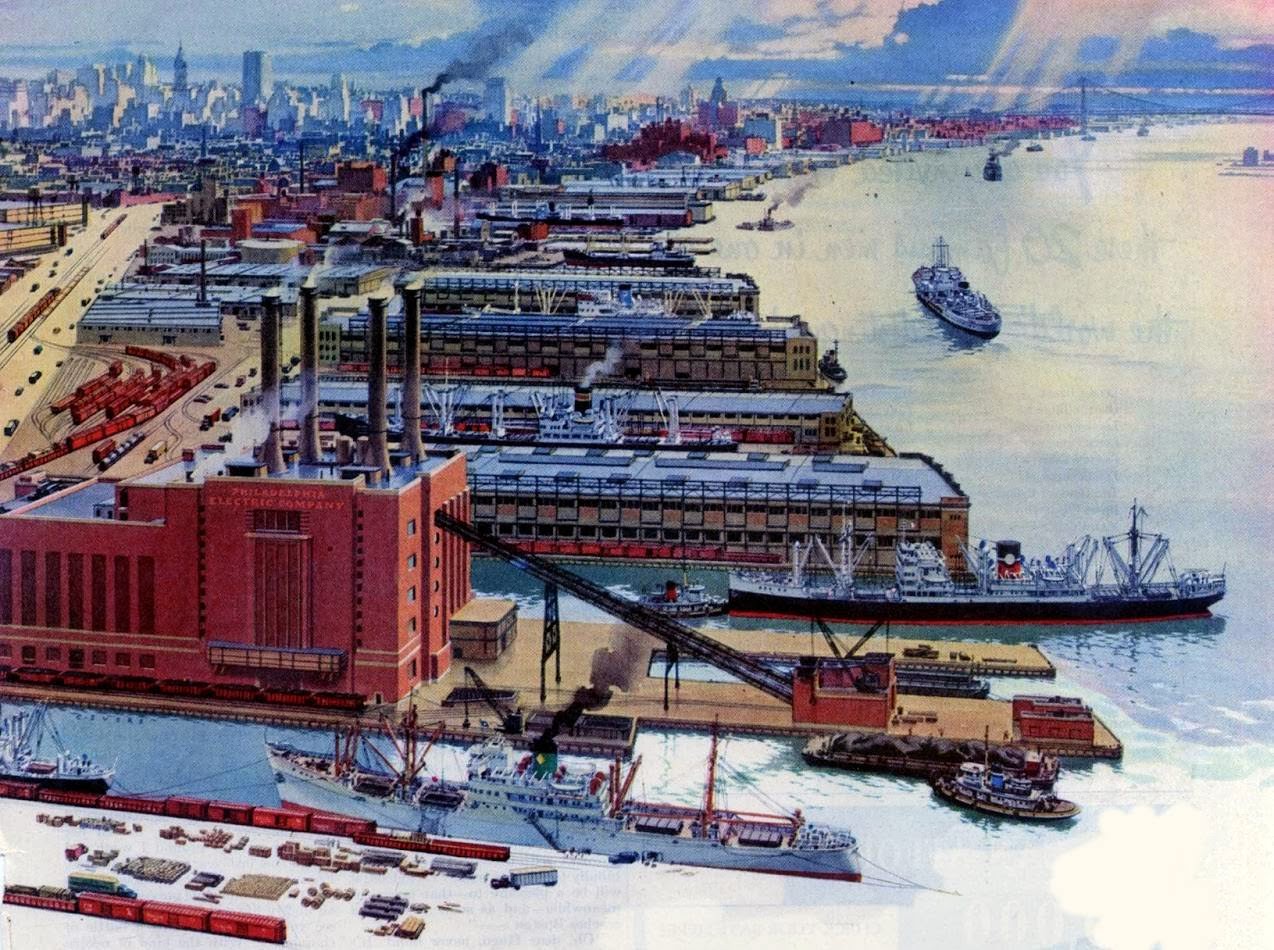 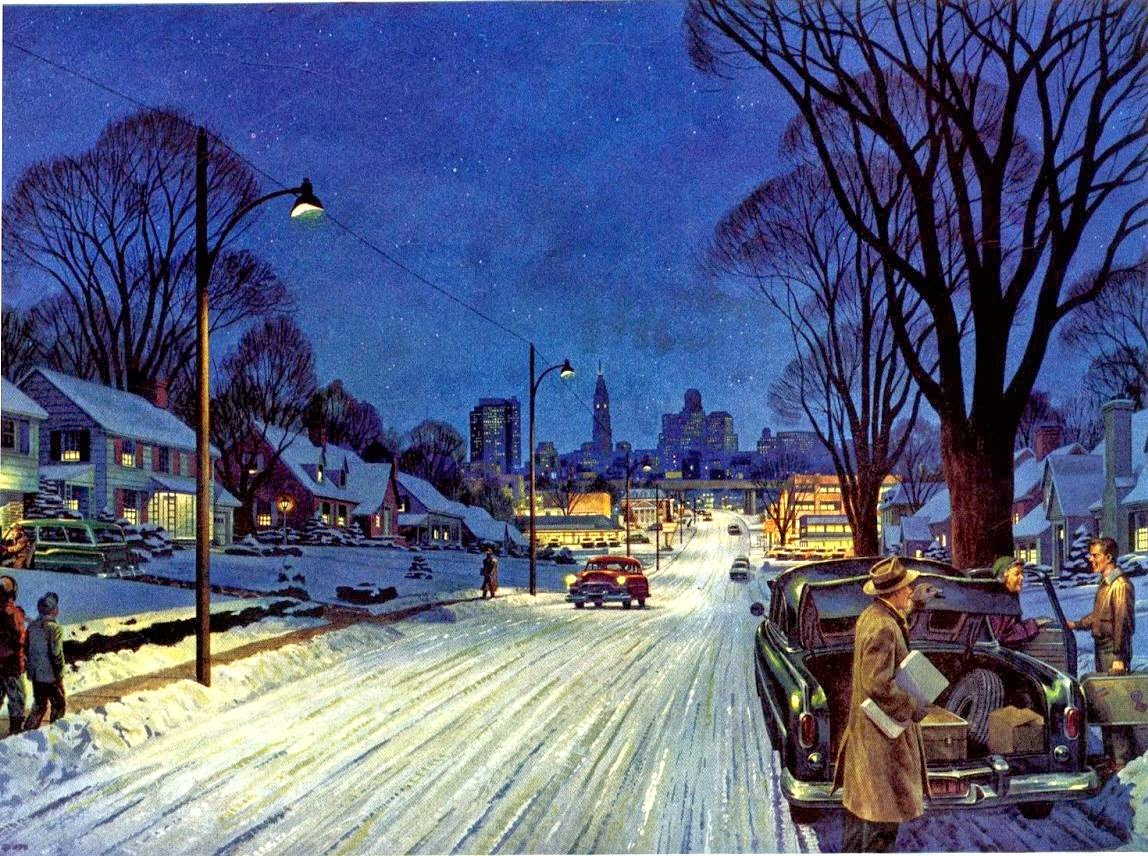 Posted by Robin at 6:38 AM 7 comments:
Email ThisBlogThis!Share to TwitterShare to FacebookShare to Pinterest
Newer Posts Older Posts Home
Subscribe to: Posts (Atom)